Puri the southernmost district of Odisha, is a popular Hindu pilgrim destination that registers ample of tourists and devotees throughout the year. Puri known as spiritual capital of Odisha is situated between19° 28′ and 20° 26′ North Latitude and 84° 56′ and 86° 25′ East Longitude. it extended over an area of 2,499 square miles and contains a population, according to the census of 1901, of 10,17,284 souls. The district is named after its headquarters Puri, situated on the shore of the Bay of Bengal in 19° 48′ N. and 85° 52′ E. The place is known to up-country Hindus as Jagannath and locally as Purushottam Kshetra, the abode of the best of beings i.e. Jagannath, the lord of the world whose shrine has, for centuries past, attracted devout pilgrims from all part of India. The name Puri is believed to be merely an abbreviation of Jagannath Puri, the city of Jagannath. 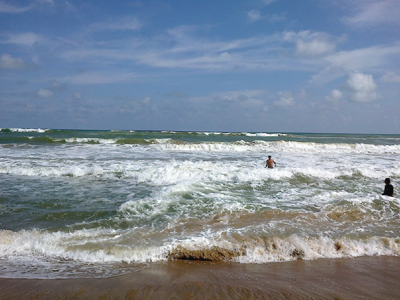 Origin of The Name of The City Puri

According to Cunningham the ancient name of this town was Charitra mentioned by the Chinese pilgrim Hiuen Tsang as Che-li-ta-lo. But the restoration of the word Che-li-ta-lo as Charitra and its identification with the town of Puri is open to doubt. The importance of the town as a seat of Vaisnavism increased when Chodaganga Deva constructed the temple of Purusottama Jagannath and installed the image of the deities. Thereafter, it become famous as the abode of Purusottama and was popularity called PurusottamaKshetra.

In the drama Anargharaghava Natakam attributed to cir. 9th century AD we find the name Purusottama applied to this town. in the Nagari Plate of Anangabhima iii of the Saka year 1151-52 i.e. 1229-30 A.D. the place is called Purusottama Kshetra. This name in the form of Purusottama Chhatar or only in the form Chhatar was used by the Mughal, the Maratha as well as the early British rulers in their official records. Even in yoginitantra1 and Kalikapurana the city referred to as Purusottam. Puri region was also known as Utkal.

Under the Mughal rule (1592-1751), Odisha for the purpose of Revenue Administration was divided in to three circars namely Jaleswar, Bhadrak and Kataka each of which was subdivided into Mahals or Dandapatas and the Mahals were again subdivided into Bishis. Puri formed a part of Katakacircar.

The conquest of Odisha by the British in 1803 set forth great changes in revenue divisions and political relations. In June 1804 the Province was divided in to two divisions, namely, the northern and southern divisions, the river Mahanadi, forming the natural boundary.

As the Raja of Khurda revolted in 1804 he was arrested and was placed in confinement in the Fort of Barabati at Cuttack. His territory was confiscated and the Raja was subsequently released. in 1807 he was permitted to live at Balisahi in the town of Puri and functioned as the Superintendent of the temple of Jagannath.