If you are searching for natural ambience in Odisha for your shooting then Puri-Konark Marine drive is the perfect getaway. The venue definitely going to clear your vision for the shooting. You need to be keep in touch with local informer so that can add to your knowledge for better experience. To make things easier for you, look for local companies at Bhubaneswar and Puri for expertise assistance.

Chilika lake Odisha Film Office is under the Office of Film Development Corporation, Odisha and Industries Department of Government of Odisha, Ministry of Industries, Its main duty is to provide infrastructure for shooting for Indian and foreign film productions as well as to create awareness of Konark Marine Drive and the unique resort Toshali Sands and its uniqueness and diversity in tern of its vast array of film locations, to promote Puri and Toshali sands as a user-friendly environment for filmmakers. The General Manager of Toshali Sands and the Travel and Tours department of Toshali Group also coordinates with related government agencies to assist filmmakers in obtaining necessary permits. 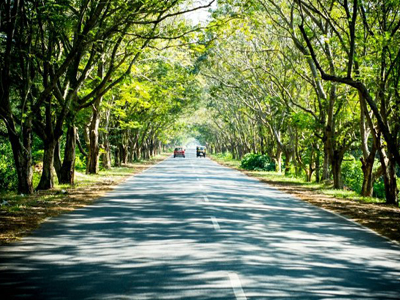 Foreign and Indian filmmakers are required to hire a local co­ordinator for prompt action to get approvals from India and Odisha state Government Each coordinator must represent the foreign filmmaker for obtaining any necessary permits and associate themselves till film shooting is complete. They are also responsible for representing the film company in any matter arising both during and after the completion of shooting in Odisha.

Once you have chosen and hired a local coordinator, they will help you compile the following necessary documents to present to the Government of India and Government of Odisha Film Office on your behalf. When a permit is granted the coordinator appointed by the film shooting company will be monitoring with all Departments and give advice at the shooting locations. He/She will apply a signed sticker to all film/tape used, confirming its content has been monitored.

Here are permit fee, service charge in different locations necessary to complete the application process. Once the application along with requisite details are submitted the application can be processed and approval for the same is received with in the approved specified time or else the amount paid for approval will be forfeited. Payment for the services of local coordinator is as agreed between the said coordinator and the filmmaker.

A shooting permit enables foreign filmmakers to shoot in Odisha, however separate permits are required for specific locations such as National Parks, sanctuaries, Zoological garden, Museums, Historical Parks, Monuments beaches. All arrangements should be made as far as possible in advance of shooting dates. Production companies shooting TV commercials, Documentaries, Music Videos and TV programmes should apply for permission at the One-Stop-Service Center at General Manager, Toshali Sands, Puri, where the process of application will be completed through the Coordinator appointed by Filming Company.

Filmmakers wishing to film in Odisha, Puri should appoint the coordinator from local area company for manage all arrangements. These companies supports for all legal documentation on filming and work permits, as well as contacting and coordinating with all related agencies. Local coordinator services include recruitment of production crews and talent, location scouting and fulfilling clients' specific needs for equipment.

Individual (A Freelance Fixer), while supporting filmmakers with their experience, allows filmmakers to get just the help you need, giving more flexibility while saving costs. This is probably the best choice for a small or short-term production, where your team is coming in with much of its own crew.

Odisha, Toshali Sands, now has more to offer apart from exciting locations. As the resort has contacts with Studios, artists, art directors and independent filmmakers can now take advantage of local companies which have the ability to provide tools, techniques and services that allow them to refine and redefine their artistry. First-class film processing, post-production, sound studios, computer graphics, animation, distribution and much more are readily available at competitive prices. Most of the India's largest facilities, including Deluxe Laboratories, Technicolor Lab, e-Film and others now offer full services here at Bhubaneswar Odisha is going to set to become one of India's Bollywood for post-production.