Known for its splendour and pristinely home to many species, the Chandaka-Dampara sanctuary signifies a tale of success. Spread over an area of 193.39 Sq.Km on the up land of North-Eastern Ghat of biotic region, Chandaka-Dampara sanctuary is a treasure house of bio-diversity. The park is known for successful conservation of elephants which is the principal species here. Spread over such an big area at the Chandaka forest, Khurda Uplands were designated as the Chandaka Elephant Reserve in August 1982. 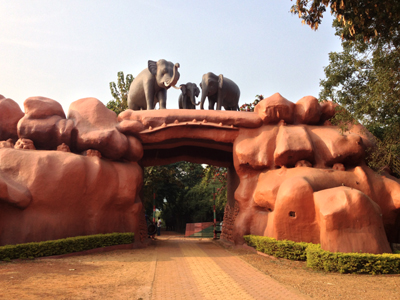 For visitors there are a number of watch towers to observe wild life. While Kochilaberana, Pitagadia and Charichhak watch towers are excellent for observation of birds and animals, the ones at Kumarkhunti and Ambilo have the comfort of rest houses where one can make a night halt.

Chandaka is 20 Kilometers from Bhubaneswar, which is the nearest airport and railhead.